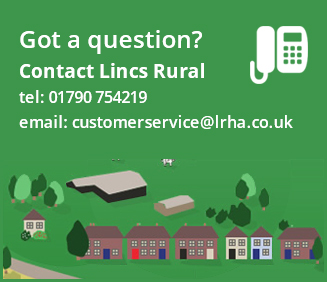 2 The activities to gather information from stakeholders to inform and improve the effectiveness of future actions. – Consultation
6 Tenancy ….. is the legal contract that describes your ‘rights and responsibilities’ (as the tenant) and Lincs Rural’s ‘rights and responsibilities’ (as the landlord).- Agreement
9 The act of taking part or sharing in an activity or event. – Participation
12 is a measurable value that demonstrates how effectively a company is achieving key business objectives (short for key performance indicator. ) – KPI
13 … repairs (response time within 24 hours) – are repairs, which could affect your health, safety or security or cause serious structural damage to your home if not rectified –  Emergency
14 Helping sustain rural communities is our… – Mission

Down
1 Our out of … telephone number is: – Hours
3 An individual or organisation involved in or affected by the activities of an organisation. – Stakeholders
4 a person who occupies land or property rented from a landlord. – Tenant
5 A …… ..Exchange is the process where you are able to exchange your home with another Lincs Rural Housing Association (LRHA) tenant or a tenant from another council or Housing Association. – Mutual